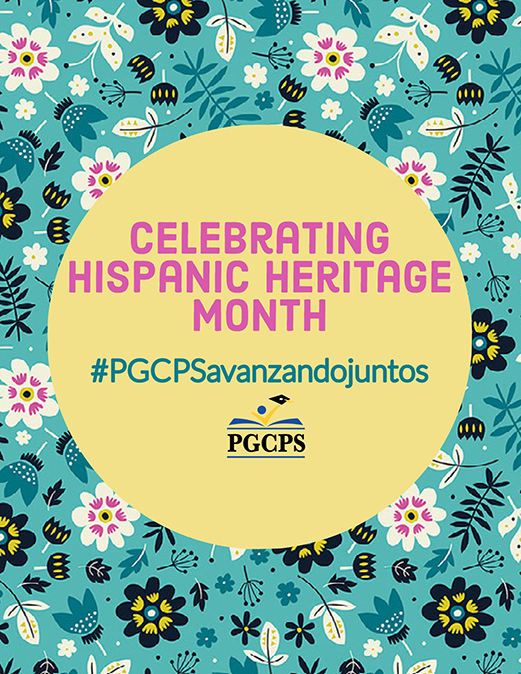 During Hispanic Heritage Month, celebrated September 15- October 15, we honor the contributions of and the diversity of culture within the Hispanic community. Prince George's County Public Schools is proud to be one of the most diverse districts in Maryland, and we are home to nearly 45,000 students of Hispanic heritage. This year's national theme, Hispanics: Be Proud of Your Past, Embrace the Future encourages those of Latino heritage to embrace their roots and to be proud of their heritage. Our students stand on the shoulders of so many heroes who have paved the way for academic access and success.

The month of commemoration begins on September 15th to commemorate the anniversary of the independence of five Hispanic countries, El Salvador, Costa Rica, Guatemala, Honduras and Nicaragua.  The independence days of Mexico and Chile are also on September 16 and 18, respectively. Día de la Raza, on October 12, also falls within this period.

Check out this Telemundo 44 segment highlighting the beauty and complexity of Afro-Latino identity. Several PGCPS staff are featured, including: