While the daily rhythm of the school year comes to a close, let us remember our time together full of excitement, progress, and hard work. Our educators, students, staff and faculty continued to perform amid the ongoing pandemic and an ever-changing public discourse, with perseverance and grace.

Over the past 10 months, we have celebrated academic success and dedicated ourselves to preparing our students for prosperous futures. On the ballfield, in the classroom or in life, PGCPS Pride is embodied in all of us. 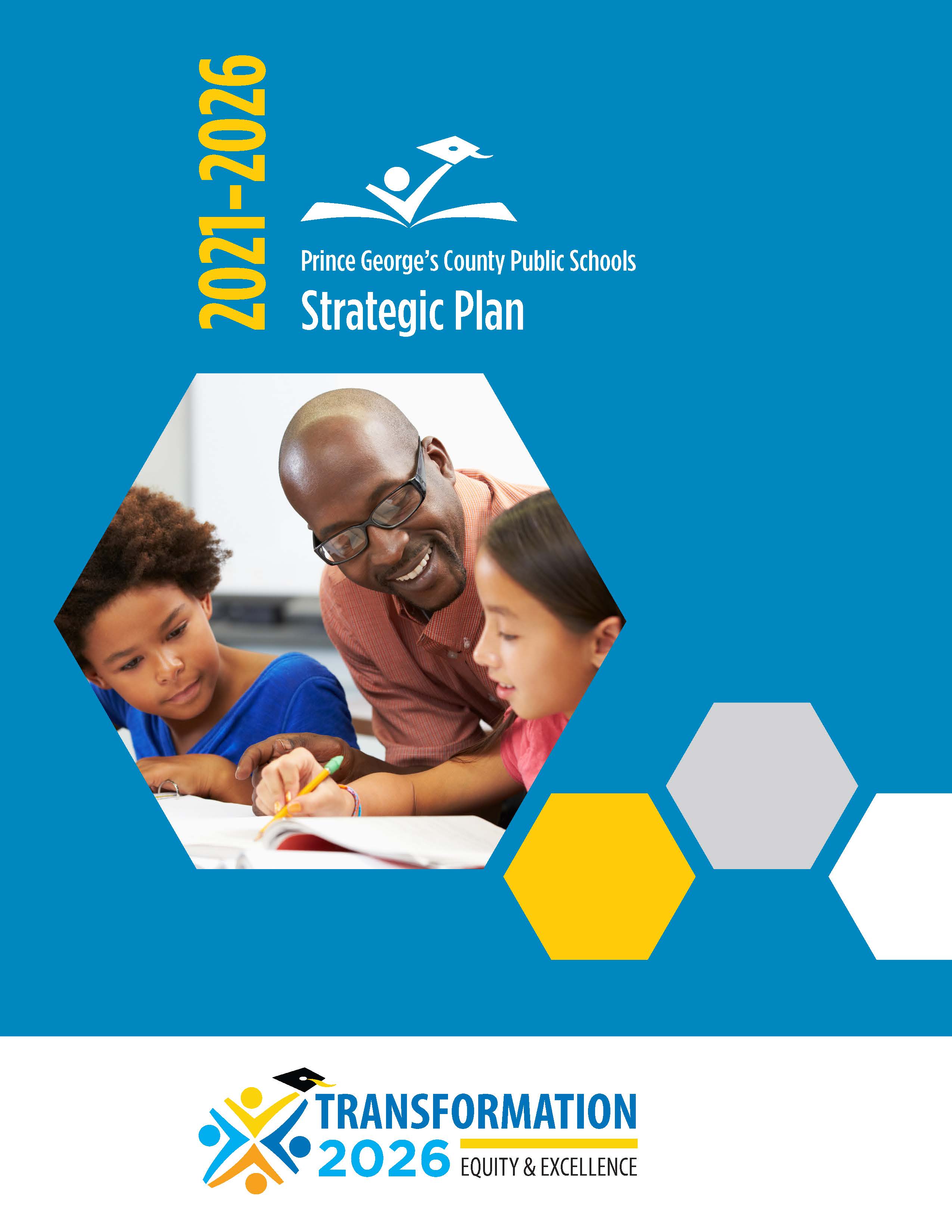 The strategic plan will guide our decisions, priorities, resources and work of the school system while supporting our mission, vision and core values.

Ensuring a Safe Return to School

Prince George’s County Public Schools began the 2021-22 school year with most students returning to classrooms after two years of virtual and hybrid learning.

Although the majority of the school system’s 132,000 students returned to in-person learning, PGCPS served some students virtually. An innovative Online Campus launched as a new specialty program for approximately 500 seventh through 12th graders who thrived in the virtual learning environment. In addition, more than 10,000 kindergarten through sixth grade students were enrolled in a temporary virtual option; the program ended in January when the COVID-19 vaccine became available for children under age 12.

A five-year, $3.9 million grant from the U.S. Department of Education will expand arts integrated programs for kindergarten through third-grade students

Learn about our students' accomplishments in STEM-related activities and competitions

The PGCPS four-year Adjusted Cohort Graduation Rate increased by 1.5 percentage points to nearly 78 percent for the Class of 2021 with 10 schools registering a graduation rate of more than 90 percent.

According to Maryland State Department of Education data, the high school dropout rate fell to a five-year low with gains among several student groups, including a 4 percentage point-increase for Hispanic students. There were also increases among English language learners and students who come from families with low-income. High schools with graduation rate gains of three or more percentage points included High Point, Largo, Laurel, Northwestern, Potomac, International High School at Largo and College Park Academy.

The Class of 2022 boasts approximately $200 million in scholarship awards and acceptances to hundreds of colleges and universities nationwide. This year’s highlights include the first graduates from the Online Campus and College Track at the Durant Center. The Online Campus launched in the fall as a new specialty program for seventh through 12th graders who thrived in the virtual learning environment. College Track at the Durant Center, which bears the name of NBA player Kevin Durant, provides scholarships, after-school tutoring and emotional and financial support to Suitland High School students all the way through college. 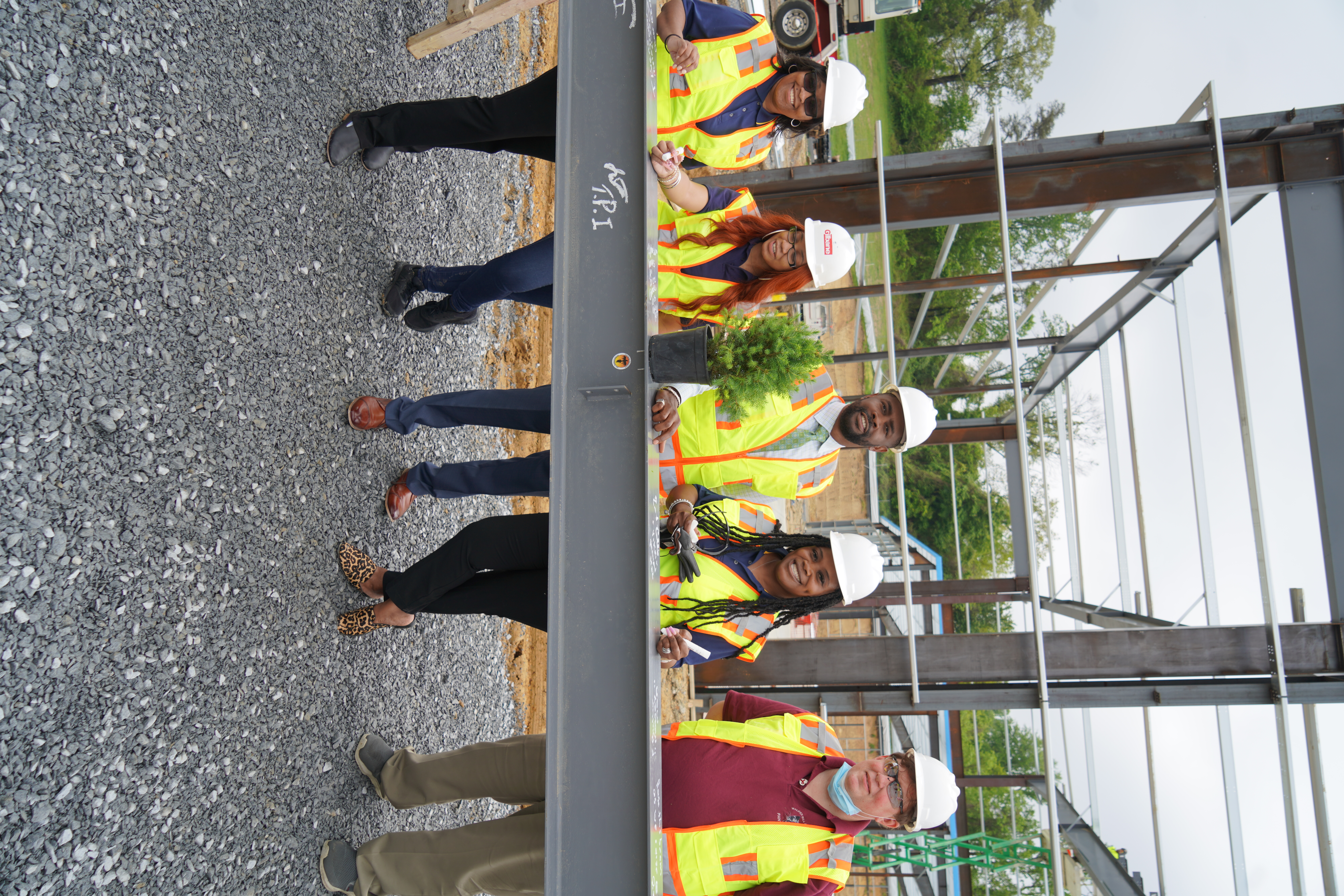 Thanks to the Blueprint Schools innovative alternative construction financing program, six new schools will provide more than 8,000 new seats for students by 2023. PGCPS is the first jurisdiction in the nation to utilize this method of school construction, which will result in new buildings for Drew-Freeman, Hyattsville, Kenmoor and Walker Mill students, a new middle school in Adelphi and a southern county K-8 academy.

PGCPS entered the second phase of the Comprehensive School Boundary Initiative, which seeks to address growth and balance school enrollment across the county. The first phase of community engagement resulted in three draft boundary scenarios. The project timeline has been extended to allow for the appointment of new Board of Education members in vacant districts.

Thomas G. Pullen Creative & Performing Arts Academy music teacher Thomas Pierre was honored as a Music Teacher of Excellence by the Country Music Association (CMA) Foundation. He was featured on the 55th Annual CMA Awards, one of 30 nationwide. The honor recognizes music educators who go above and beyond to support students. Pierre used the monetary gift for instrument repairs.

The National Board for Professional Teaching Standards gave PGCPS the Overall Excellence award for teaching to the profession’s highest standards! The school system has 478 National Board Certified Teachers (NBCT), including 23 newly certified and 36 who recently renewed their certification. Approximately 400 educators systemwide are pursuing national board certification.

Custodian of the Year

Beltsville Academy custodian James Lewis was a finalist for Cintas Custodian of the Year. 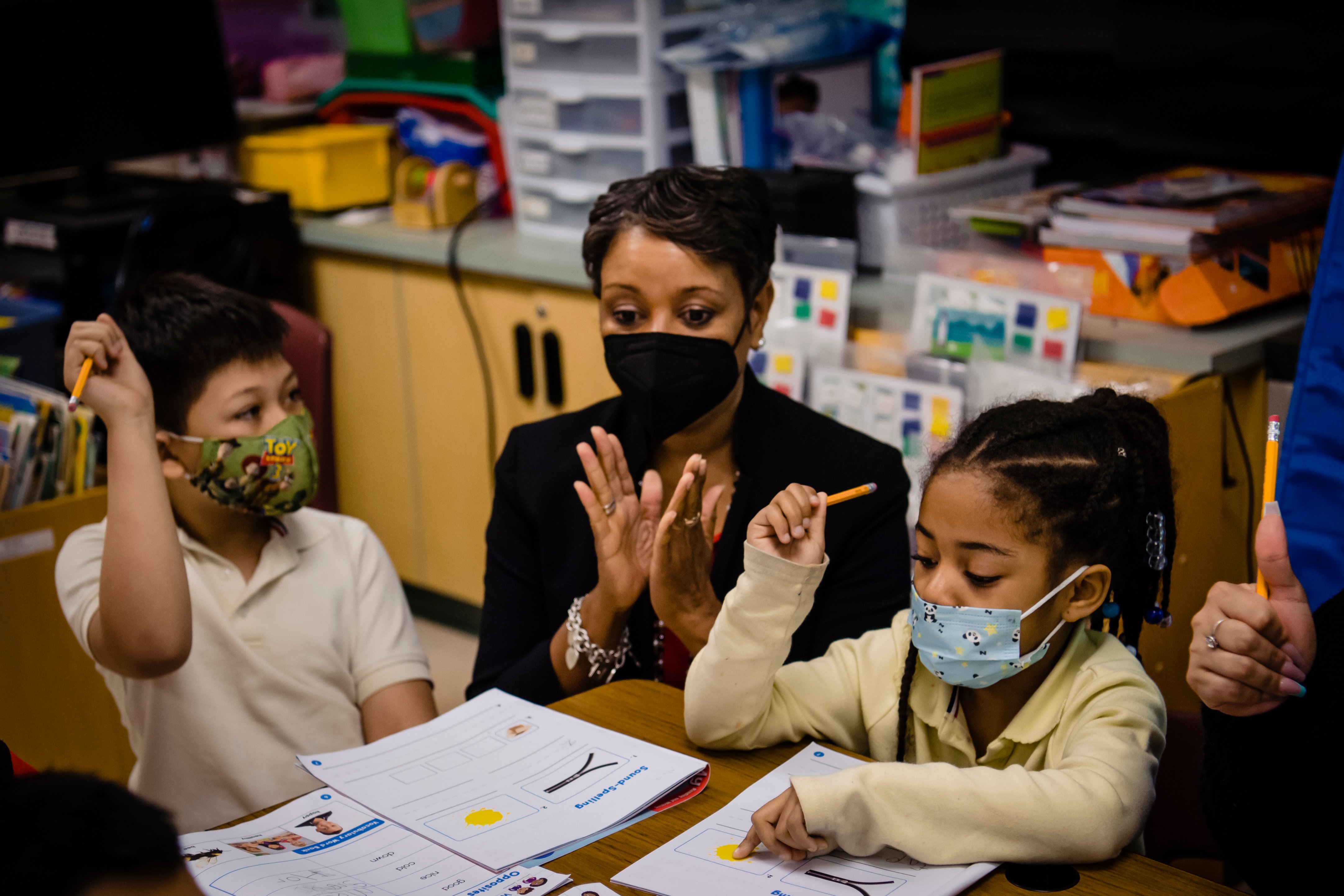 Keishia Thorpe, an English teacher, was selected from over 8,000 nominations and applications for the Global Teacher Prize from 121 countries around the world.